The Diagnostic Gap of Tuberculosis: The Leading Killer Worldwide 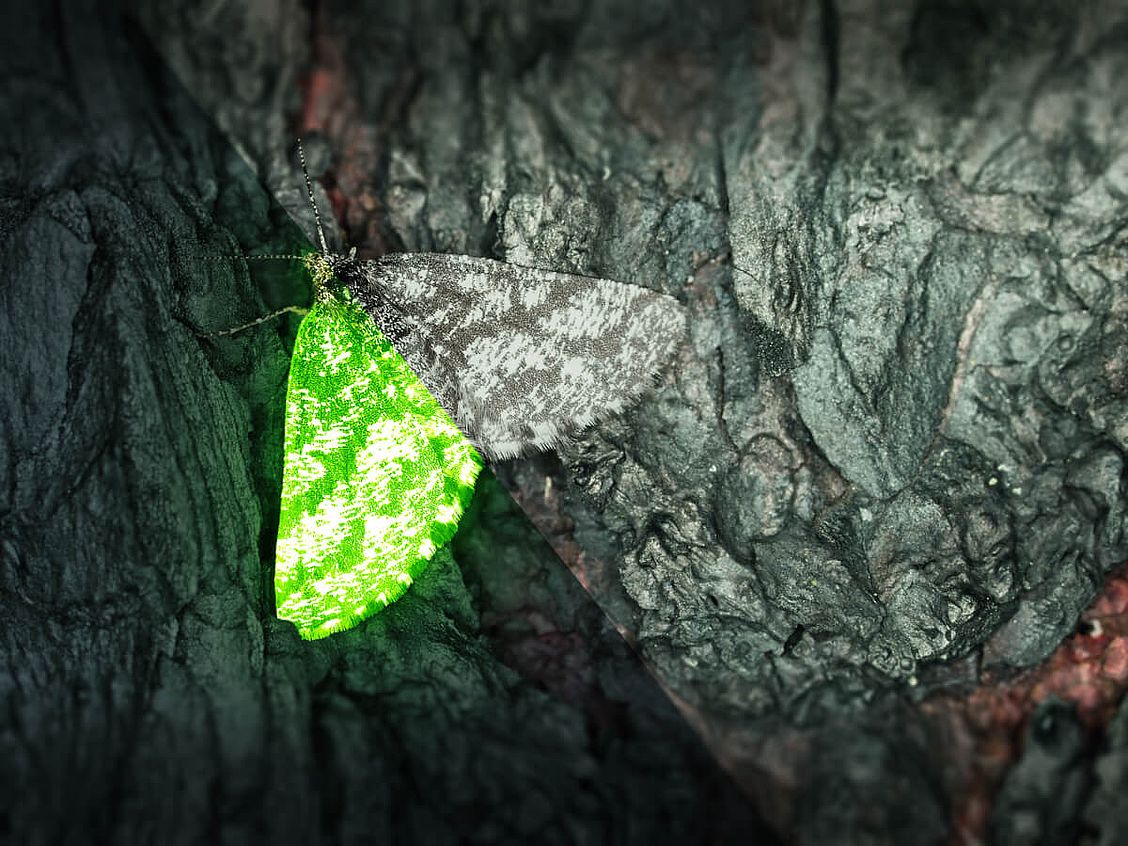 Out of 10.4 million new tuberculosis (TB) cases in 2015, an estimated 4.3 million2 could have easily been detected, but were missed. Globally, we need to progress much faster to prevent, detect, and treat TB in order to close the gap of this worldwide killer.

The moth has a great camouflage in its habitat. Likewise, tuberculosis is difficult to recognize due to common symptoms like the flu. In advanced stages of TB, the lungs of patients are described as “eaten by moths.” The TB-LAMP solution is a molecular method for the detection of Mycobacterium Tuberculosis Complex. Positive results fluoresce green allowing an easy detection of TB.

Tuberculosis (TB) is caused by bacteria (Mycobacterium tuberculosis), which is spread through the air and most often affects the lungs. A person needs only to inhale a few of these germs to become infected.1 Usual symptoms of TB are coughing with sputum and blood, chest pain, weakness, weight loss, fever and night sweats.

During the World Health Assembly and the United Nations General Assembly, governments agreed on global targets to end the TB epidemic within the frame of the Sustainable Development Goals. These urge a 90% reduction in TB deaths and an 80% reduction in TB cases by 2030 compared with 2015.

While efforts to respond to TB have saved more than 53 million lives between 2000 and 2016, the global TB burden is still growing especially in the poorest, most vulnerable and socially marginalized regions of the world. Over 95% of the TB cases occur in low to middle income countries where access to cost-effective diagnosis and treatment is scarce.

In addition to this, TB is a leading killer amongst HIV positive people as these are co-infectious diseases. The risk of developing TB is estimated to be between 16-27 times greater in people living with HIV than among those without HIV infection. Many TB cases are missed in HIV-infected patients as there may be less specific symptoms or no TB symptoms present. Screening for a cough alone will miss patients with culture confirmed TB.6 Yet, even testing may miss 50% of patients.

Screening and testing for TB remain major challenges. Of about 10.4 million new TB cases in 2015, only 6.1 million were detected, leaving a gap of 4.3 million cases missed.2 Underreported TB cases are not only a burden to the most disadvantaged socio-economic groups, but also allude to the challenge of accurately screening for TB.

Sputum smear microscopy has been the primary method to detect TB in low to middle income countries. This simple, rapid and inexpensive technique unfortunately has significant limitations. The sensitivity of this method is grossly compromised when the bacterial load is less than 10,000 organisms/ ml sputum sample.7 Smear microcopy has but a 50% track record of accurately detecting TB, which means that every second positive TB case is missed.7

In contrast, the TB-LAMP method is a proven method of delivering accurate and fast results, detecting 15% more TB cases compared to smear microscopy.4 Loop-mediated isothermal amplification (LAMP) is a unique temperature-independent way of DNA amplification, and is facilitated by a visual optic readout. TB-LAMP is a manual assay that can be read with the naked eye under ultraviolet light and requires less than one hour to be performed. The test is robust and does not require sophisticated instrumentation, but minimal laboratory infrastructure and can be used at a peripheral health center level. The TB-LAMP method can be used in first line as a test for all patient groups when the GeneXpert system is not available5 and can also be used to confirm smear negative results.

The World Health Organization recommends the use of TB-LAMP as…

The TB-LAMP method is a sensitive and robust tool that not only provides accurate testing, but also delivers fast results, is cost effective and requires minimum training. Equipping laboratories with the right resources and methods that detect TB will help close the gap of detecting TB.

Closing the Gap and Treatment

TB is a treatable and curable disease with a standard 6-9 month course of 4 antimicrobial drugs. Commonly prescribed antibiotics include Isoniazid, Rifampin (RIF), Ethambutol, and Pyrazinamide. 5

Treatment however, first depends on accurately detecting TB. Laboratories thus play a critical role in helping reach the Sustainable Development goal of 2030 to reduce TB deaths by 90% and reduce TB cases by 80%.2  We hope that with the inclusion of HUMAN’s TB-LAMP products, countries around the world will get better access to sensitive TB diagnostics and support in their fight to end TB.

4. WHO “The use of loop-mediated isothermal amplification (TB-LAMP) for the diagnosis of pulmonary tuberculosis, Policy Guidance” World Health Organization, 2016: Policy Guidance 2016.  https://www.finddx.org/wp-content/uploads/2016/08/WHO-Guidance-on-TB-LAMP-2016.pdf